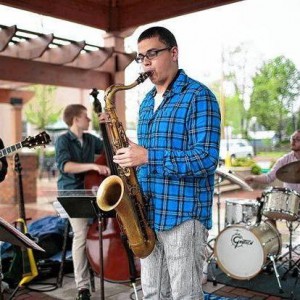 Justin Dickson grew up in Ashland, Ohio and first picked up the saxophone at 12 years old. He graduated from Ashland High School in 2009 where he was an active member of the marching band and jazz band. He went on to earn his Jazz Studies degree from the Capital University Conservatory of Music in 2013 and was a four year member of the Capital University Big Band under the direction of Lou Fischer. He was also a member of the Fusion and MIDI ensembles. Justin performs regularly on the soprano, alto, and tenor saxophones as well as the EWI (electric wind instrument), flute, and clarinet. He has recently returned to the Columbus area this fall and can be seen playing at venues throughout town with various ensembles.