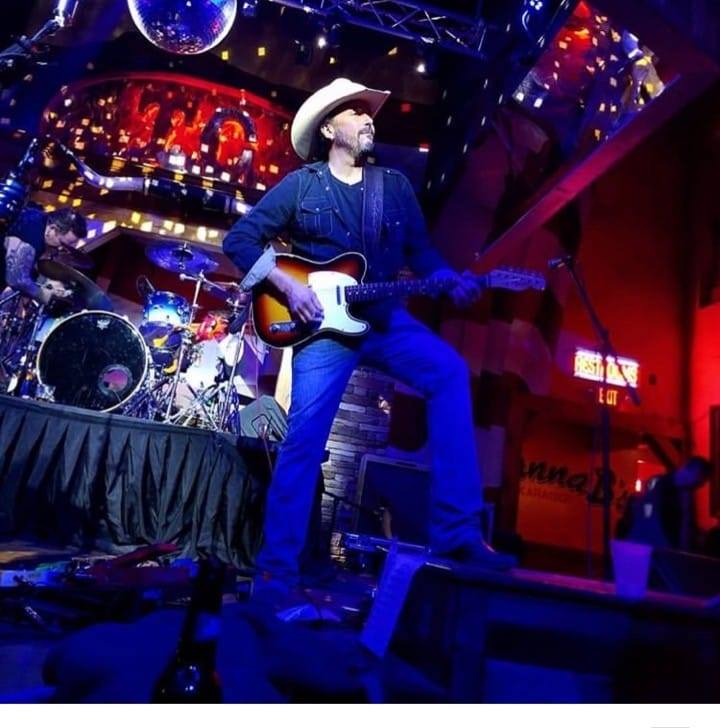 Posted at 17:20h in by Courtney Feick 0 Comments
0 Likes
Bryon’s mother still says ever since he was given a guitar by his Grandmother in second grade, there were only two things he wanted to do – play guitar and fish..
While in school, Bryon studied Bass, Guitar, Drums, and Trombone, and guitar eventually became his favorite.
He started playing professionally when he was seventeen and began teaching at the local music store soon after. By the age of 21, he was teaching 30 + students a week and gigging nationally. Bryon continued to study, gig, and teach tenaciously until 1995 when his touring schedule demanded he take a break from teaching.
Bryon has performed in various venues from New York to Los Angeles and was in Nashville for seven years where he worked as a road musician for every country music act he could. He has played blues in Mississippi, Memphis and Chicago.In ’02, he came home to Columbus and taught as many as 95 students a week averaging 80 until covid shut us down.
In all of these hours of teaching and gigging he has learned an amazing amount about himself as an educator and how to best motivate and teach his students.
Bryon’s students have won national competitions, been accepted to and graduated from major universities and gone on to play professionally.
He holds the philosophy that he can teach advanced music theory and the like, but if the student isn’t having fun, neither one of us accomplishes anything. The most important thing is finding out what makes the individual student tick!