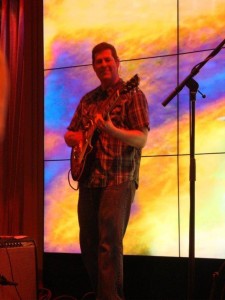 David relocated to central Ohio from California in the summer of 2004. While living in Southern California, David built a successful music lessons studio, played in orchestra pits for several musicals, worked as a studio musician, and played in funk, rap, hip-hop, rock, jazz, country, and acoustic groups. In Columbus he continued to teach privately and performed throughout the Ohio and neighboring states.  David has a passion for teaching guitar and enjoys sharing his love of music and performing with his students.