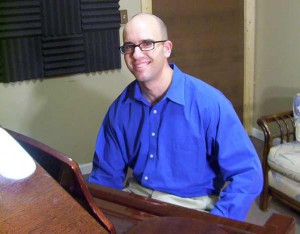 Daniel Kucner is a pianist, organist, and keyboardist born in Sandusky, Ohio. He was inspired to play piano by ear when he heard recordings of Mozart piano sonatas at age four, and began his formal training at the Cleveland Institute of Music Preparatory Division with Judson Billings for eleven years. He holds a Bachelor of Music in Piano Performance from Baldwin-Wallace University, where he studied piano with Dr. Robert Mayerovitch, and a Master of Music in piano performance from Miami University under the tutelage of Dr. Robert Thomas, with an emphasis in classical music.

Daniel has been teaching piano since 2006, and shortly thereafter became an Adjunct Lecturer in Piano at Baldwin-Wallace University by faculty recommendation. In addition to teaching full time throughout the Cleveland area, he performs keyboard and backup vocals in the 338th U.S. Army Reserve Command Band’s cover band, “Cover Down,” and serves as a substitute organist for local Lutheran churches. In the past, he served as the graduate assistant and rehearsal accompanist for Miami University’s opera production in 2010, and as an accompanist for various graduate and undergraduate level vocal and instrumental students. He performed for two years as the resident organist at St. Matthew Lutheran Church in Parma and contemporary worship keyboardist at their sister church, Triune Lutheran Church, in Broadview Heights.

Daniel enjoys teaching students of all ages, and has experience with both young children and adults from novice up to intermediate/pre-college level. His specialty is classical music, but he also teaches jazz, gospel, and pop/rock. Lessons use method books and musical activities that are age-appropriate, and they include arrangements of popular music and music that students request. They can also be tailored to focus on the specific goals of older or more advanced students, and they often use technologically aided learning tools such as MIDI and computer software.